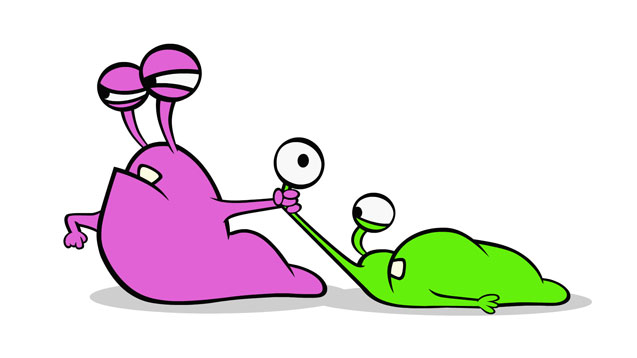 The latest & greatest animated extravaganza from Blue Rocket and Beyond. Fanshaw and Crudnut are naughty, childish and stupid slugs from outer space, and they’re on an intergalatic mission to boldly (apparently) go where no idiotic slug has ever been before.

VSM recorded and edited the voice actors, then composed and produced original music for 52 television episodes, plus a feature length telemovie. Keep an eye out for it on your screens in 2017.

In the meantime, we’d encourage you to check out the MIPCOM trailer at Beyond’s website here, or listen to a selection of music cues from the telemovie below:

← A Girl Needs a Bike – Short Film
Skills Posted on